Emergency Holiday Coverage for Students in Clinical Can be found at the link below: 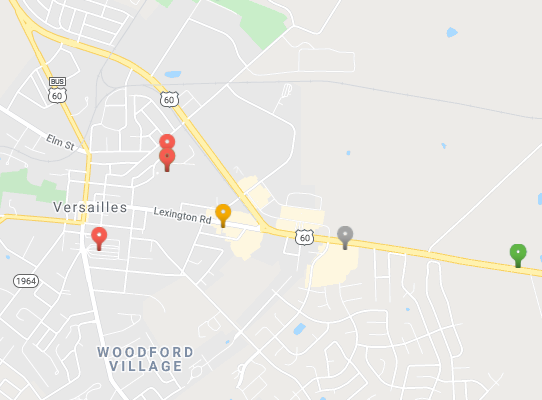 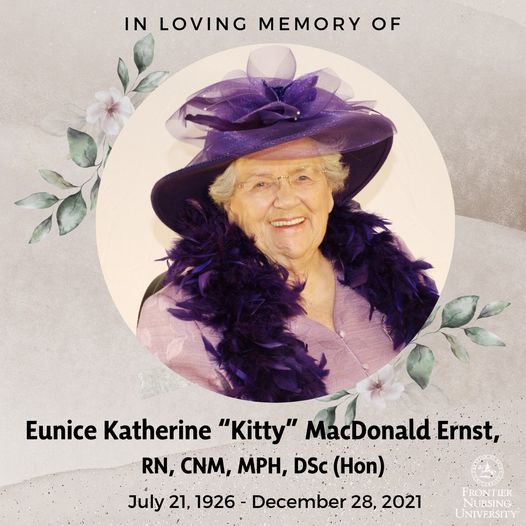 It is with deep sadness that I reach out to you to report that our beloved Kitty Ernst passed away peacefully at home on December 28, 2021. Words cannot adequately express Kitty’s impact nor how much she will be missed. She was our mentor, visionary, taskmaster, cheerleader, and dear friend. Please circle up with me as together, we mourn the loss of Kitty Ernst, a wonderful woman, educator, and pioneer for nurse-midwifery. We reflect on her life, her work and impact on FNU, and the legacy that she leaves behind.

Born on July 21, 1926, in Waltham, Massachusetts, Eunice Katherine “Kitty” Macdonald Ernst was a dynamic and committed pioneer in midwifery education and practice. She was passionate about ensuring that all families receive the best possible care during pregnancy and birth. She was the wife of the late Albert T. Ernst Sr who died in 2011. Kitty was the daughter of the late John D. and Esther C. Macdonald. She lived her life by the words of Winston Churchill, “Never, never, never give up.”

Even as a young nurse, Kitty knew that she wanted to work in a place where she would make a difference in the lives of women and families. After graduating from the Waltham Hospital School of Nursing in Massachusetts, Kitty made the decision to embark on an adventure by working at Frontier Nursing Service (FNS) in Kentucky. During her time as a nurse at FNS, she was introduced to nurse-midwifery and ultimately decided to attend the Frontier Graduate School of Midwifery, a part of the FNS, in Hyden, Kentucky, in 1951. During her time as a midwifery student at FNS, Kitty realized the importance of midwifery on the health of women and families. Throughout her life, Kitty often told the story of how awestruck she was when she first witnessed the power of a woman birthing in her own mountain home. Those first births Kitty witnessed as a midwifery student set her on a lifelong course of promoting and supporting normal birth, in a safe and comfortable setting, and educating midwifery students in these principles. Kitty knew that educating new nurse-midwives was essential to transforming health care not only for mothers but for their families as well.

Following her time at FNS, Kitty went on to earn a bachelor’s degree in education from Hunter College in 1957 and a master’s degree in public health from Columbia University in 1959. From 1954-58, Kitty also served as a nurse-midwife for the Maternity Center Association (MCA) in New York City.

After practicing as a nurse-midwife, Kitty turned her attention to advocating for nurse-midwives to play an important and respected role in our society’s health care system, a pursuit she continued throughout her life. She also started her own family, marrying Albert T. Ernst in 1961. Together, they had three children, Rosemary, Albert “Ted” Jr., and Kate.

During this time, Kitty began working as a parent educator, teaching some of the first childbirth education groups of the International Childbirth Education Association. As a field consultant for MCA, she developed family-centered maternity care provided by an obstetrician nurse-midwife team at the Salvation Army Booth Maternity Center in Philadelphia.

Kitty was passionately committed to birth centers as a key solution to challenges in maternity care. Generations of midwives have learned from Kitty that birth centers are crucial to providing midwives with a place to practice true midwifery; as a safe, cost-effective, and satisfying place for families to grow; and must be a part of the health care system. Kitty co-founded the National Association of Childbearing Centers (NACC) in 1983 now the American Association of Birth Centers. As Director of the NACC, she continued to be a leader in the effort to bring birth centers into the mainstream of health care delivery and steered the development of the Commission for Accreditation of Freestanding Birth Centers in 1985.

In the 1980s, Kitty became particularly concerned about two issues: the small number of nurse-midwives being educated each year, and the fact that the majority of nurse-midwives being educated in large tertiary care centers had a lack of out-of-hospital experience. To address these issues, she led the design and implementation of the first distance education program for nurse-midwives, which was adopted by the Frontier School of Midwifery and Family Nursing, now known as Frontier Nursing University (FNU). Over many years, Kitty graciously shared her personal story, her passion, and her vision with every single class of incoming FNU students.

Kitty, who often quoted one of the key beliefs of FNS that “all health care begins with the care and education of the mother,” maintained strong ties with FNU throughout her life. She served on FNU’s Board of Directors from 1975-2021 and was awarded an honorary doctorate from FNU in 2011. Kitty also occupied the first endowed chair in the profession, the Mary Breckinridge Chair of Midwifery.

Kitty is revered not only by FNU but by other institutions as well. She served as the president of the American College of Nurse-Midwives (ACNM) from 1961-63 and again from 2007-2008. Beginning in 1998, ACNM annually presents the Kitty Ernst Award to “an exceptional, relatively new CNM/CM who is an ACNM member, has been certified for less than ten years and has demonstrated innovative, creative endeavors in midwifery and/or women's health clinical practice, education, administration, or research.”

The criteria for the ACNM Kitty Ernst Award is befitting of Kitty’s contributions to the profession. She was a leader in education and administration, conducting the first wave of accreditation for nurse-midwifery education programs and developing the first “What is a Nurse-Midwife” brochure. Over the course of her career, she published valuable information defining the role of a nurse-midwife and played a crucial role in the first accreditation of nurse-midwife programs in the U.S. As the Director of the pilot Community-based Nurse-Midwifery Education Program (CNEP), she developed a model for meeting the overwhelming need for experienced birth center nurse-midwives committed to innovative family-centered maternity.

Kitty’s impact spread far and wide. She traveled across the U.S. and abroad to Germany, Scotland, Hungary, Belgium, Russia, and Haiti to provide consultation and workshops on the midwifery model of care in birth centers.

Kitty’s many accolades included the Martha Mae Elliot Award for Exceptional Health Service to Mothers and Children from the American Public Health Association. ACNM presented Kitty with the Hattie Hemschemeyer Award, which honors an exceptional certified nurse-midwife or certified midwife who is an ACNM member who has provided continuous outstanding contributions or distinguished service to midwifery. She received the Childbirth Connection Medal for Distinguished Service and was awarded the Maternity Center Association's Carola Warburg Rothschild Award, which recognizes outstanding contributions to the health and well-being of women and their families.

Kitty’s impact was significant and everlasting upon every person she met and every organization she served. She was a dear friend, loyal supporter, inspirational leader, and was kind and gracious to all. We are thankful for her countless contributions to FNU and to midwifery. She will forever be part of the Frontier Nursing University community.

Kitty is survived by her children, Rosemary Senjem and her husband Marc of Woodbury, MN; Ted Ernst and his wife Kelly of Blandon, Kate Bauer of Perkiomenville, PA; her “adopted” daughter Susan Stone of Berea, KY, and her beautiful grandchildren Nicholas Ernst and his partner Elise, Darby and Sophie Bauer, Lara Senjem Villavicencio, Sam Senjem and his wife Diane, four great-grandchildren, and many nieces and nephews. In addition to her parents and husband, she was preceded in death by five brothers John, Malcom, James, Robert, and Kenneth Macdonald; three sisters, Rosemary Messerlian, Ann Stutenroth, and Sheila Macdonald; and her son-in-law, Don Bauer.

A Celebration of Kitty’s Life will be held at a date to be determined. To stay informed, please sign up for updates with this google form: (https://docs.google.com/forms/d/e/1FAIpQLScbHUnUDq5WbQ_5Lq8Y_S3JTdqhinK59_JqnlwIMDaNZLCfcg/viewform) . In lieu of flowers, memorial contributions may be made to the Changemaker Fund at the AABC Foundation (https://www.aabcfoundation.org/changemaker). Falk Funeral Homes & Crematory in Pennsburg is in charge of her arrangements. To offer online condolences, visit her “Book of Memories” at falkfuneralhomes.com (https://www.falkfuneralhomes.com/) .

Frontier Nursing University is committed to keeping everyone in our community informed regarding the coronavirus (COVID-19), both in terms of how to help prevent the spread of the virus and what actions FNU is taking. On this website, we will share updates and information pertinent to the entire FNU community. We are committed to the health and safety of the FNU community and are working in alignment with local, state, and national agencies and government to actively and responsibly respond to this public health threat.

FNU remains open during the COVID-19 pandemic and will continue to accept applications to our distance education programs. please access the Application Deadline page for the next application deadline. 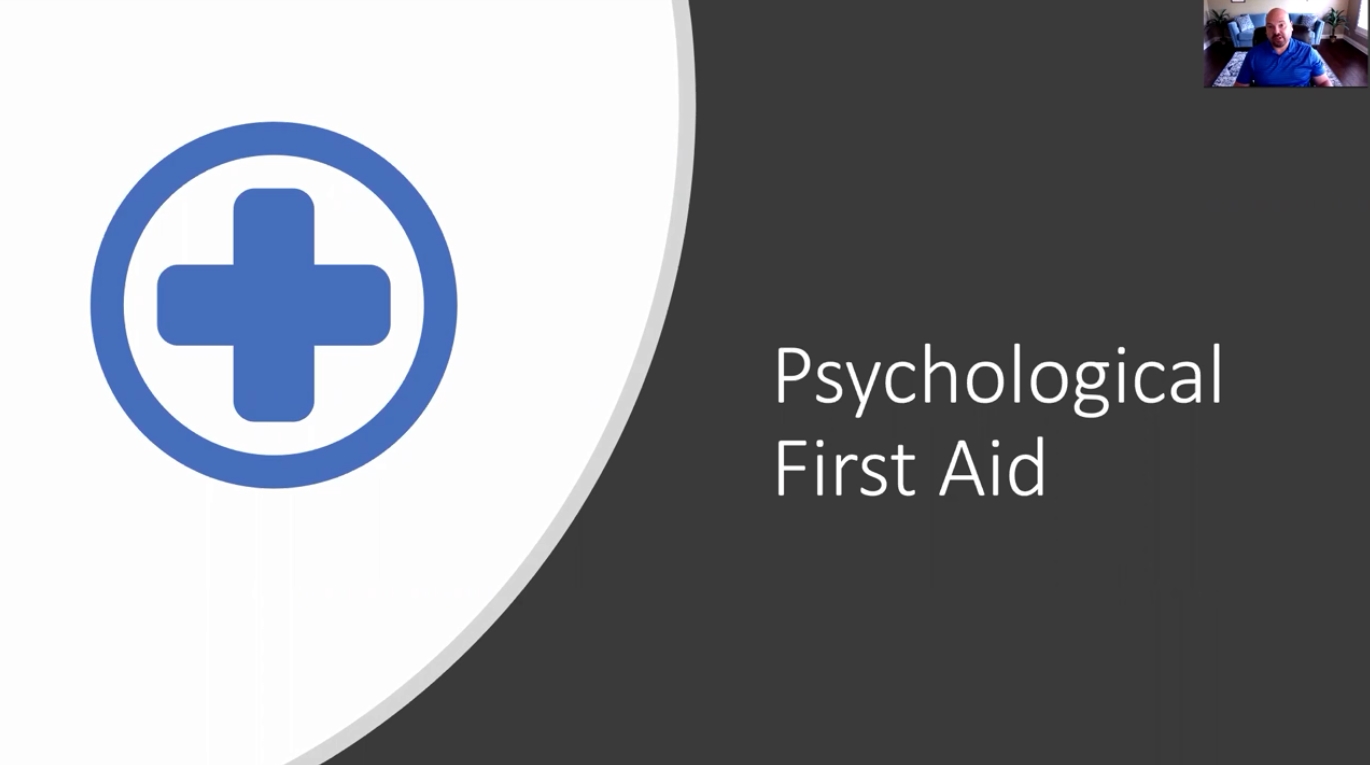 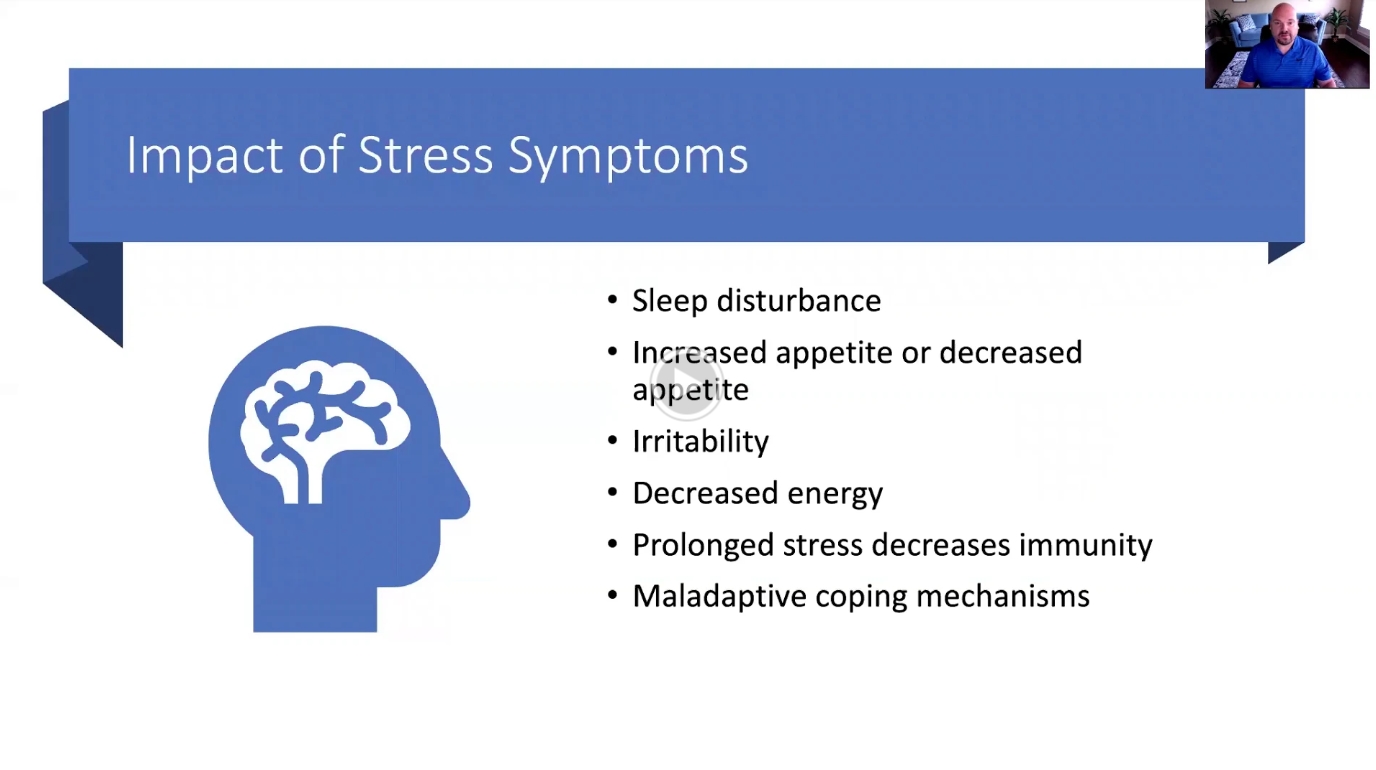 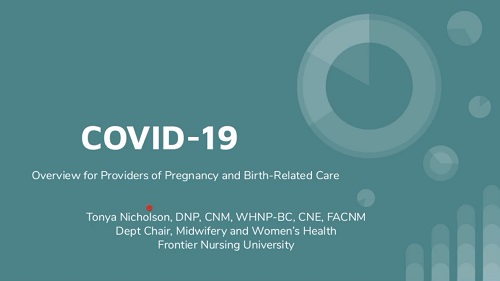 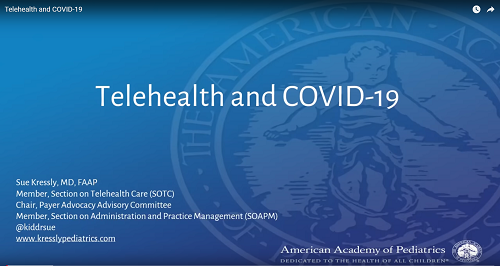 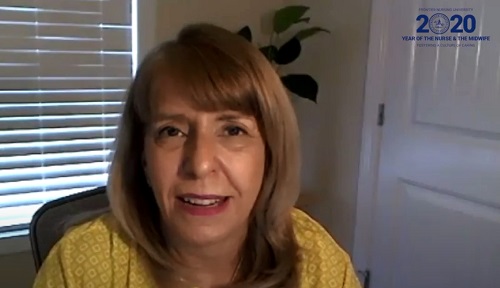 Maintaining a Culture of Caring 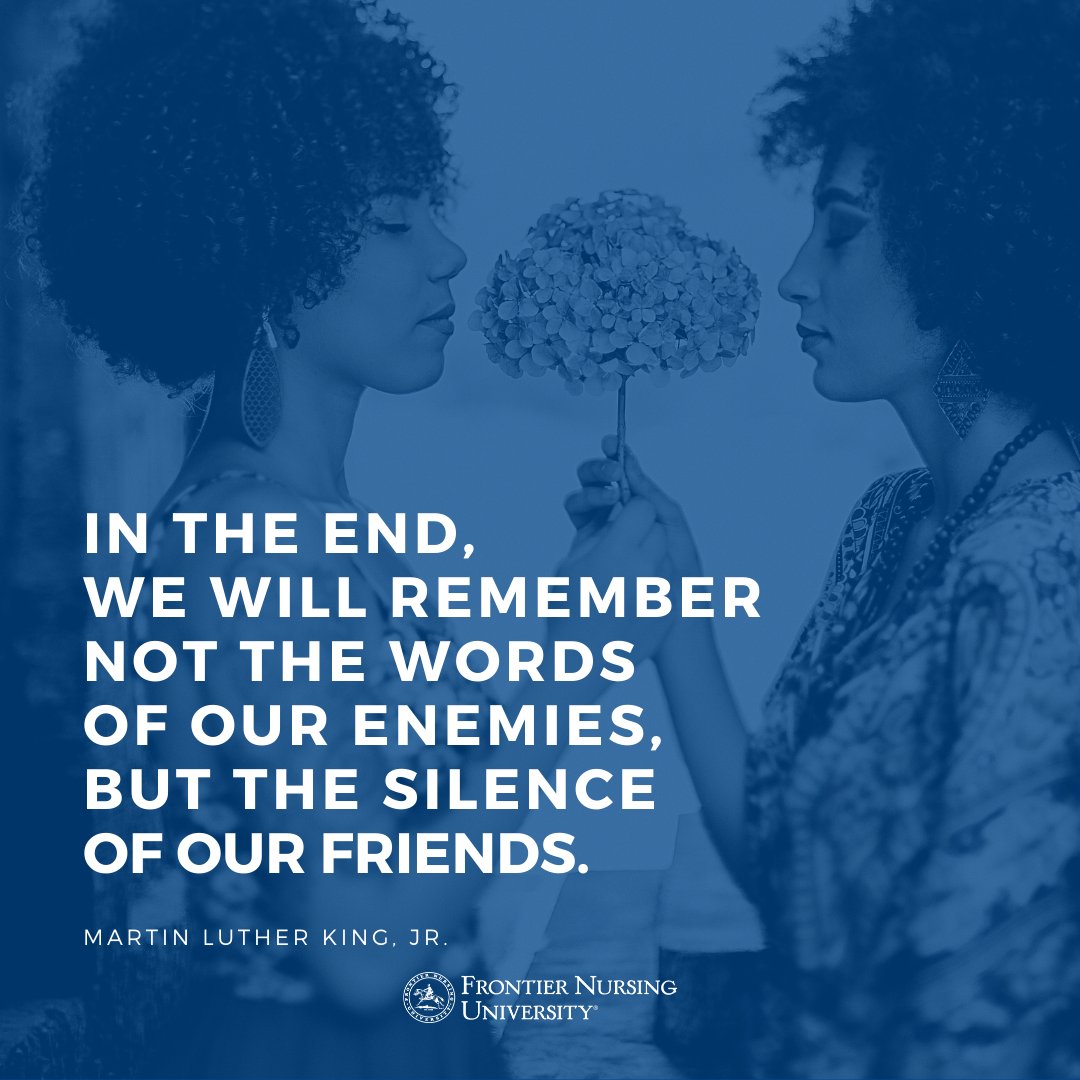 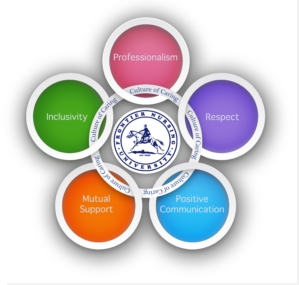